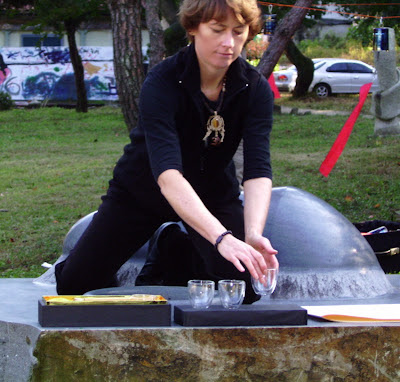 I was invited to the Goryeong International performance Art Festival in central Korea for the second time on October 20, 2007.There were several performance artists from countries including Japan, Australia, and Korea.

My performance title was "The Elements#2" - in which I made art using only the four elements of fire, earth, water and air.
This was a site specific performance and my performance area was a lovely stone sculpture set in the garden of the Goryeong Artists' Village. 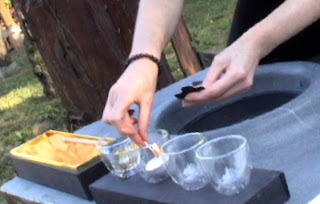 At first I set up 4 glass cups, and added to each cup one of the elements - some rainwater, a burning candle, some air, and some earth from the surrounding garden. 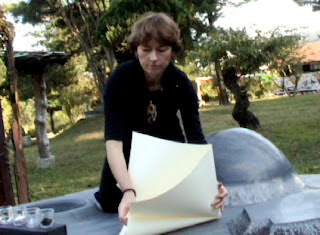 I then proceeded to make an origami box from a large piece of paper.

When my paper-folding was complete I inflated the paper box with my breath (air). 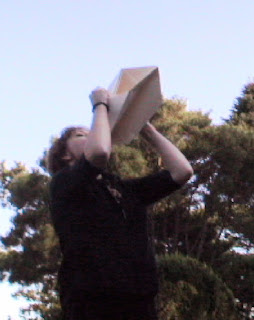 I then mixed the earth and water together to make a painting medium. With a calligraphy brush I painted ancient alchemical designs representing each of the 4 elements on the sides of the box.

These traditional symbols are based on the form of the triangle - a point-up triangle for fire, point-down for water etc.

To end the performance, I took fire from the candle flame and burned the box to ashes, and doused the smouldering remains with water - thus completing my use of the elemental quartet.

You can watch a 5 minute video below: