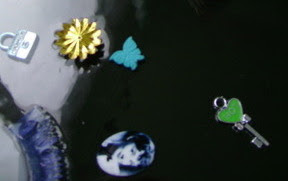 On June 16 I was invited to Goryeong in central Korea to do an outdoor performance. This new performance was entitled 'Lake of Dreams'.

I commenced by walking 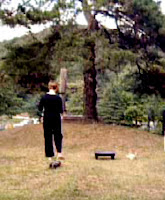 across the grassy space dragging a black box tied to me with a hemp rope. Jangling temple bells hung from my shoulder and I played a single breathy note on a flute.


With ritual-like movements I set up a traditional Korean table and placed various small, symbolic objects on the table top. 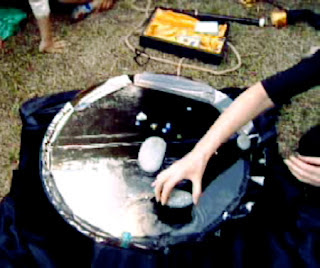 I folded a Korean 1000 won note into an origami paper boat and then poured water until the table top became like a miniature lake, with the objects submerged and the money boat floating. 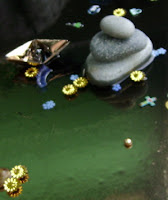 Three rounded stones were stacked in the center of the 'lake' like an island or a traditional Korean Buddhist stone cairn. 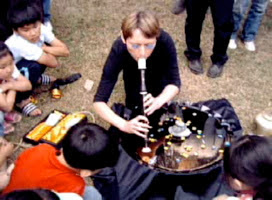 I played a single note on the flute, making the wind from the instrument cause the boat to sail around the lake.


Finally, I walked away playing a melody -

leaving the box and the objects in the lake behind me.
Posted by Penelope at 1:56 pm No comments: