The Return of the Sea Goddess 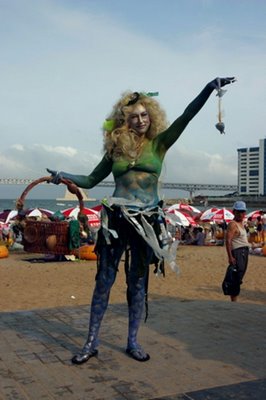 This performance was about marine environmental awareness.
It was performed on beachfronts in Busan, Korea in the summer of 2004, including the Busan Sea Festival at Gwanganli Beach. 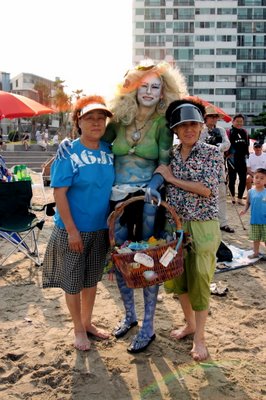 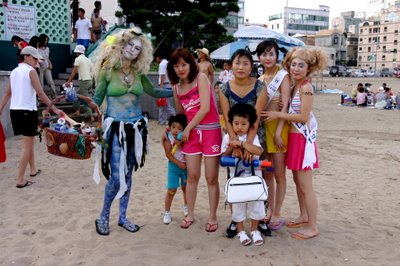 In the performance the artist embodies a modern update of the archetypal Sea Goddess. However her basket of bountiful gifts from the sea, has become a collection of plastic litter, cigarette butts and dead fish, thanks to the thoughtless consumerism of modern urban citizens.


The sea goddess walks around the beachfront offering her bounty to passersby. 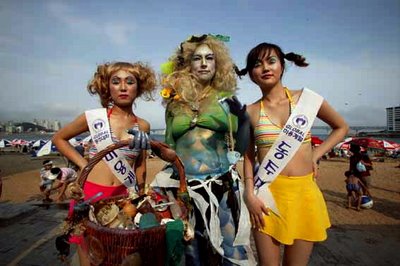 The performance required up to 5 hours of body painting, which was carried out by the staff and students of the Beauty Department at Dongju College, Busan.
Posted by Penelope at 3:12 pm No comments: