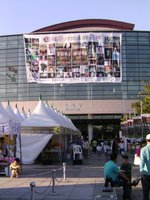 In September, I was invited to perform at the Sori Fringe Festival in Jeonju, Korea. This is an annual festival of "sound" focusing on Korean traditional musical forms, held at the very large Sori Arts centre complex. This year it was combined with the famous international world music festival WOMAD , for a really international flavour. 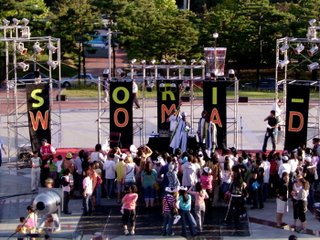 There were artists from many other countries including Africa, India, China, Japan etc. It was rare opportunity to hear top class African music in Korea, but very few foreigners seemed to find their way there.


The festival ran for 10 days and featured some top artists from Australia such as Archy Roach and Ruby Hunter (who I unfortunately missed seeing as I was scheduled for the following weekend!) 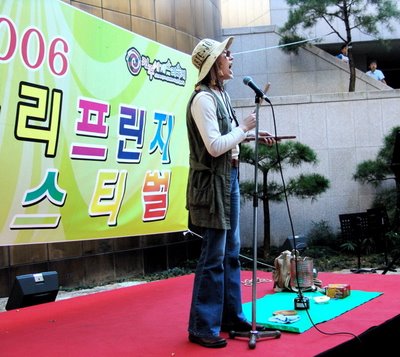 My performance was called "The Great Australian Tea Ceremony" - an Australian cultural performance with Aussie songs and stories while the billy boiled. MBC TV filmed the whole of the first performance so I guess I was on Korean TV sometime!

I played "Waltzing Matilda" on the harmonica, and through a translator explained the story of the song. 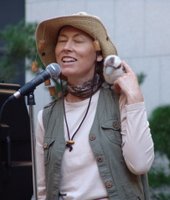 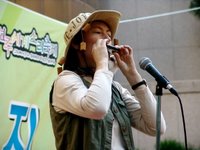 Then I played a variety of Australian folk songs, including an Aboriginal song accompanied by clapsticks, and "Tie me kangaroo down sport", and especially for the children - "Kookaburra sits in the old gum tree"!

The audience was made up of mostly families and children so they enjoyed getting to try the Australian "billy" tea, which is black tea and different from the Korean green tea they usually drink. We had to make do with inported McVitie's Digestive biscuits with the tea this time. Next time I'll have to make some "Anzac biscuits" (that's if I can buy oatmeal in Korea!) 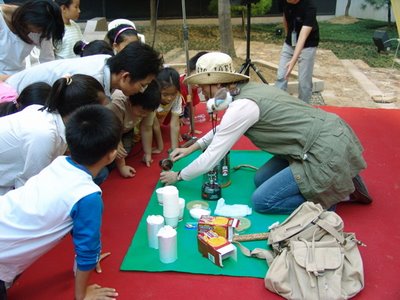